HISTORY Research has been a key part of Jepson Holt and its business since 2005. Using the information we held to create competitive advantage was a key pert of our early strategy. THE PLAN It has always been part of the plan to use the ability to research and then collate and present information to create products to sell to the professional services market and now we are bringing that plan to fruition. 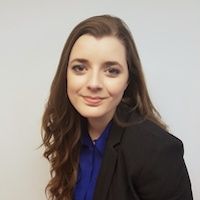 There are many things over the years that have been wrong and bizarre in English Law and one, amongst many, which I am thankful to have been overturned is that a woman can be classed as a 'person' - and therefore can become a solicitor. Quite frankly it's a shock that it took until 1919 to come to this conclusion (let's not even get started on the law on marital rape).

As a teenager deciding whether to undertake a Law degree, I attended a lecture at Oxford University given by Lord Wilson detailing the unfair treatment of women under English Law. Although I can't remember most of the extensive list, one of the laws that I distinctly remember him telling the story of was the 'Rule of Thumb' - an expression that people use, probably that I've used, and never knew the origins of.

The Rule of Thumb was a rule held that a husband may legally beat his wife so long as it's with a stick no thicker than his thumb - hence, The Rule of Thumb. Definitely glad that one's gone, too.

I think what First 100 Years Project is trying to achieve is great and seeing what women have gone through to become a lawyer in the past makes me feel grateful for the situation of today for aspiring female solicitors.

There is no disputing how far we have come - from women not being considered people and being able to practise law, to having Baroness Hale sit as the President of the Supreme Court - it has to be said a lot has changed in just under 100 years (thank goodness).

However, although we've come far since then the article outlines the problems we still face now; with only 25% of partners being women yet 63% of Newly Qualified Lawyers being women, there clearly is still some disparity.

It's great that projects like First 100 Years and High Flying Women exist to try and challenge this together.

That’s right, in a ruling which prevented women from qualifying as solicitors, the 1914 Court of Appeal case Bebb v Law Society found that the entire sex of women failed to fall within the definition of ‘persons’. 1919 the Sex Disqualification (Removal) Act In 1888 Eliza Orme was the first woman to gain a law degree. It was only in 1919 when the Sex Disqualification (Removal) Act came into force that four women with first class degrees from Cambridge were allowed to pass their law exams and become lawyers.

Do you distinguish between what you like and what you want?
Olivia Betts

Feel confident or a bit of an imposter?
Olivia Betts

Flexible Working for Men and Women – Why it’s Important and Who is Doing it?
Olivia Betts
Recent posts from Empirical Insights

For plans and pricing, please contact our sales team at sales@passle.net

Sorry, you don't have permission to repost or create posts.

Your repost is currently a draft. Review your repost and request approval.

Sorry - this is not an option. This post already exists in the Passle you have selected.

Try reposting to another Passle.